La bicicletta.
The first time I ever cycled without training wheels is a dear memory of my childhood, with my small white and green bike, in a sunny afternoon. I remember the little path made, the moment I realized no one was holding me and the resulting fright for the obstacle in front of me I had to avoid alone.
I tried other times, I fall several others, but “once you learn, you never forget it”.
My second bike was a Christmas present, I chose the third after the fourth elementary. A light blue mountain bike. I kept using it until last year, but, to be honest, I have to admit I didn’t cycle a lot. Yep, some journeys, in summer time to go to the beach, and something more.

At one point, to go to university, everyday, I had to ask for a ride to get to the train station, since no other public transport were available. Once off the train I had to wait for a bus and vice versa on the way back. Something was wrong: I was losing a lot of time in all these transfers, people were using their time to pick me up and I was emitting CO2 at every turn. Moreover, to move, I always had to depend on someone, people or public transport, without a vehicle - the car - I wasn’t interested to, for n reasons.
A friend of mine told me about folding bikes, how he was doing well and that he was fully satisfied with his purchase. I started looking at them, evaluating their different sides. Finally, I decided and it’s more then an year that I keep asking why I waited soo long.
I chose a folding bike to have the possibility to get on the train, fold it, get off and within a minute be ready to get the destination. I chose this bike because if you need to go further, you can put it in the trunk and it doesn’t have to be tied to a pole, without knowing if you’ll find it whole again. 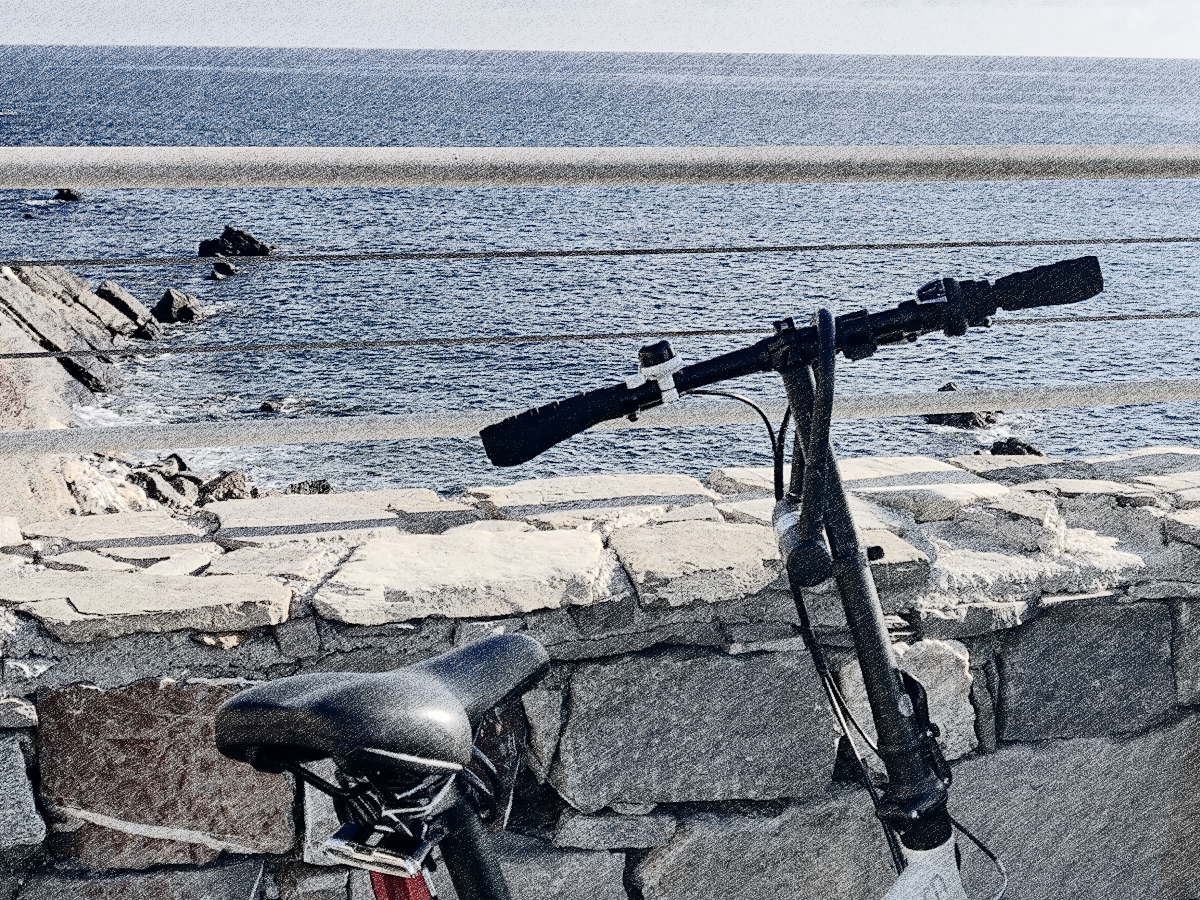 This bicycle immediately represented the freedom of movement, on one hand for the autonomous and CO2 neutral journeys, on the other one for that feeling of lightness it transmitted me. It made me realize how we can look at things in a different way, discover new corners of the city that would, otherwise, be ignored. I found myself being happy to pedal every day, initially for about ten km, then more and more, sometimes simply lengthening the route. It gave me the measure of how often the biggest obstacle could be the thousand excuses we create for not using it: “Eh, but it could rain”, “Eh, but it is a few km far away!”. It was the excuse to spend afternoons or days with friends discovering nearby places.

I bought the helmet, all the lights and reflective stuff to be really visible in the darkness (giving the friend of mine the possibility to kidding me, saying I was a Xmas tree). As I’m going to say it’s important to have better facilities for cyclist, but it’s also fundamental to be visible enough, to prevent accidents.

I set the goal to 1000 km by the end of the last year, on December 31st, I got it, smiling. I achieved the goal, I did some exercise and it helped making me happy ;). From this series of small goals and considerations I started to think more about this, once undervalued, means of transport, but so amazing. 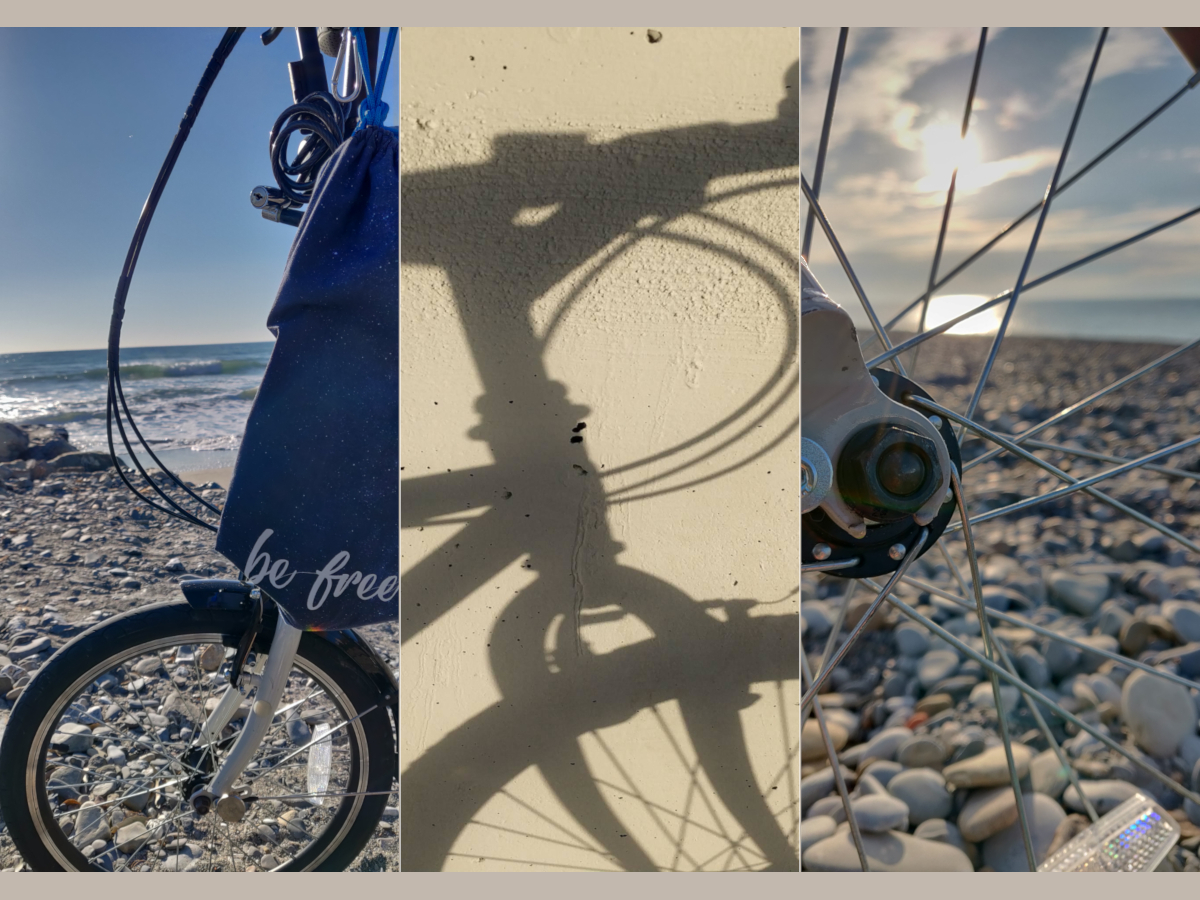 Since the bicycle spread out it has been a democratic tool and it’s still so. In an interesting article Joanna Scutts tells how the bicycle represented also a tool for the independence of women at the beginning of the last century, allowing fast and indipendet journeys, changes of clothes designed to be practical. She tells how in many cities there is a so-called gender gap linked to the type of infrastructure present and to the safety in the movements and to the possible different needs and how where these are more developed this gap is canceled.

Since 1791, the bicycle changed: you can find many models now. There are other things that, however, can and must still change. For example, the infrastructures dedicated to good cycling, making the route safer, physically divide the lanes for the cars from the ones for cyclist. In cities where measures of this type have been adopted, where there has been invested in a different urban vision, shifting attention from the car to the pedestrian and/or cyclist, the number of people who have decided to move with two wheels has increased. Around the world there are so many examples to witness this: the famous Copenhagen and Amsterdam, the Dutch Utrecht who continued to improve and got interesting results (60% of journeys for the center with the bicycle, 8% less for traffic accidents), the German Münster which, with a 450km network dedicated to bike traffic and another 255km off the main roads, it is considered the Germany’s cycling capital .

If on one side the bicycle is a democratic means, with reduced environmental impact, economic, usable by - almost - anyone, even being able to use the roads with the same security should be an equal right, not reserved only to cars.
Some researches highlight how a better infrastructure, and not simply lines painted on the road surface, would help to increase road safety, not just for the cyclist, reducing fatalities, due to a more aware of surroundings.

As well as being a democratic tool, a beautiful means of transport, as mentioned, is also a great way to keep fit, be happy and significantly reduce the environmental impact of individual journeys. When I chose to buy my folding one I did a quick evaluation of how much CO2 I could save by simply choosing to move independently on two wheels.
The part of the journey I used to do, before, with the bus wasn’t taken into consideration, since in any case the vehicle would have continued to circulate even after my purchase. The approximate calculation took into consideration the km traveled per month for the simple journey and multiplied them by the media of CO2 emissions declared by the car manufacturer.

The amount of CO2 saved, in my case 16kg/month, got me agreeably surprised, since are the small actions everybody can do, giving his hand to fight the climate crisis we are facing, everyone and now, reducing our carbon footprint.

It’s here that a short video I created last year for a contest of the European Enveromental Agency (EEA) comes into my mind.


I definitely didn’t win, but it was nice to give it a try and learn new things. It’s also a summary of some of these points.

After these considerations, on June, 3rd will take place teh ## #WorldBicycleDay it could be the right time to ride again, couldn’t? ;)